Celebrate Ten Years of Publishing with the Only Real Estate Investor’s magazine owned by active California investors whose mission is to help others learn about the benefits of owning real estate as a means of creating long-term wealth.

Realty411 magazine, the nation’s longest-running magazine and expo company owned by a California investor, is hosting a complimentary, all-day real estate investor’s expo this Saturday at the Embassy Suites La Jolla in San Diego to increase the public’s awareness about real estate investing.

The expo starts at 9 am with breakfast mixer where guests can get up-close and personal with their favorite speaker and get to know other like-minded people who are also interested in entrepreneurship and acquiring wealth-building knowledge.

Expo guest will learn about important strategies and tool sets to implement immediately into their life, business plan or legacy planning. Topics to be covered this Saturday, include: 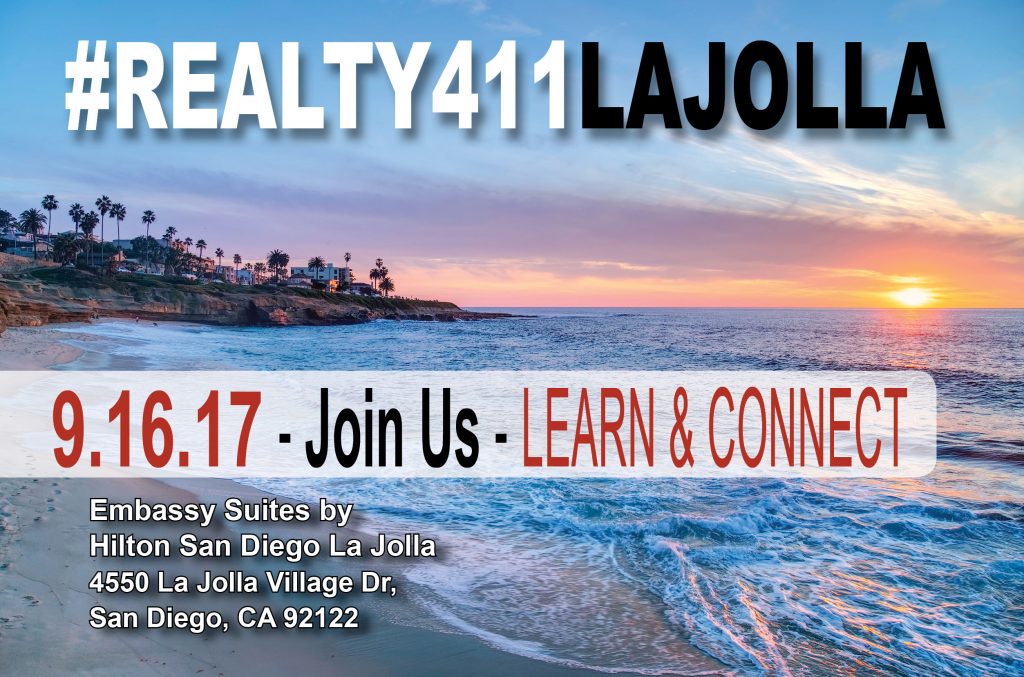 Coverage of this event can be seen in the local media, including the La Jolla Light, La Jolla Village News, San Diego Downtown News, Beach and Bay Press, among others. Don’t delay, reserve your seat.

Realty411 was founded in 2007, serves the needs of real estate investors, private lenders, real estate agents, brokers, service related professionals and is a must-read for anyone interested in growing long-term wealth through real estate. Realty411 has been hosting real estate mixers and events since 2006, prior to even starting our publication.

San Diego is the city where their monthly, digital-only issue, REI Wealth magazine (http://reiwealthmag.com), first began three years ago. The event is also hosted by the Outback Real Estate Investment Network, whose local club is in the area.

Some additional event highlights, include:

* Mingle with Companies * Meet Local Leaders & Out of Area Investors

* We Want & Can Help YOU Succeed As We Have. Bring Lots of Cards.

* Mingle with Local Leaders & Industry Professionals from Around the Nation

REALTY411 has reached more magazine readers in person nationwide since the start of their publication than any other publication in the real estate investment industry. To see their national schedule and locate other events around the country, visit REALTY411 EXPO site (http://realty411expo.com) 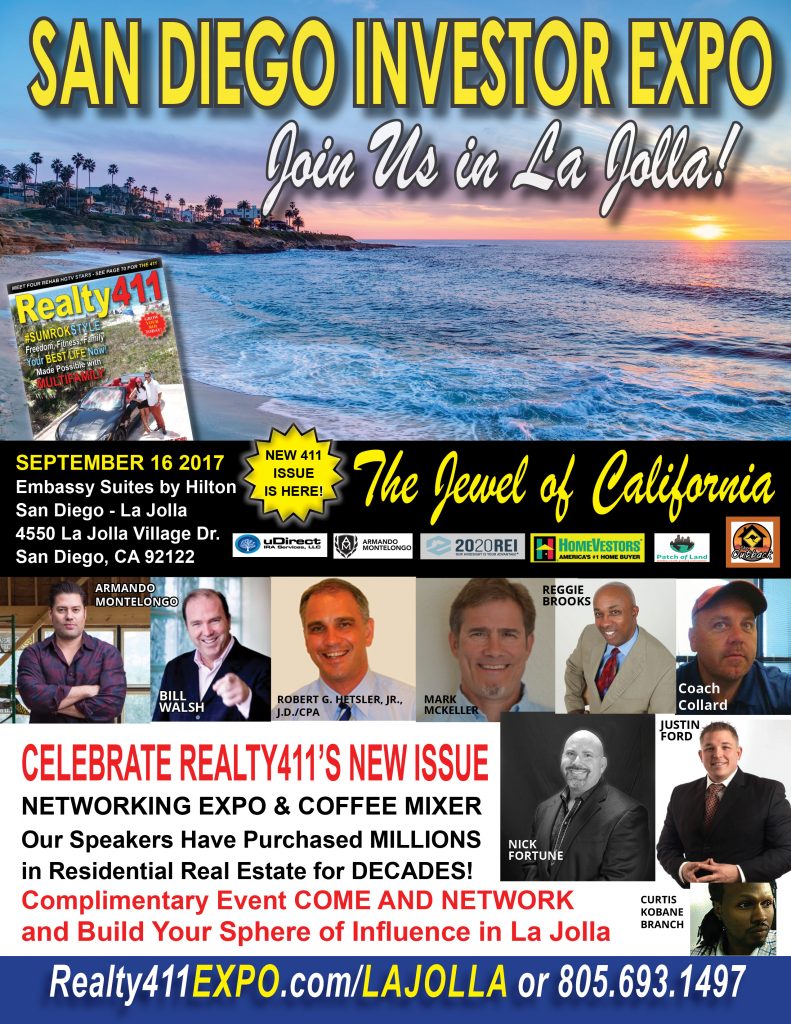 The magazine, founded in 2007 by a journalist who is also a real estate agent and investor in California with over 25 years experience as a landlord, has reached thousands of investors to date in person and through their online private social networks. Realty411 has been owned by the same publisher since the start of the magazine, which makes the brand the longest-running publication and event marketing company reaching the important billion-dollar national investor market.

Realty411 is being featured in numerous widely-circulated media in three languages reaching millions with an expansive public relations, marketing and advertising campaign. The company’s goal is to inform the public about their upcoming complimentary magazines, expos and the production of their first TV pilot, Property Pitch.

In addition to an event in San Diego on Saturday, Sept. 16th, the magazine will also be hosting an expo on Saturday, Sept. 23rd in Santa Monica, as well as in Manhattan on Oct. 14th. The extra special expo in New York will also feature HGTV stars from the hit show Listed Sisters – Alana Barnett and Lex LeBlanc.

Realty411 has worked with several celebrities from HGTV (The Home and Garden Television Network), including Clint Harp, the creative carpenter from Fixer Upper, and the mother/daughter rehab duo: Mina Starsiak and Karen E. Laine from Good Bones.

The publication is now also venturing into the entertainment industry with their production of their first TV pilot, Property Pitch, starring Bruce Dinger, Kenny Rushing and Justin Ford.

In addition to now publishing multiple magazines, both in print and digital, Realty411, the only California-based real estate investing media company, owns and operates several private and public online social media networks frequented daily by thousands of investors from around the globe who are interested in learning about US-based real estate investment opportunities.

For a complete schedule of Realty411′s national events, please visit their numerous websites, including: Look for coverage about our magazine and events in numerous media in California from Los Angeles to San Diego!  http://realty411expo.com/lajolla